What are Autoimmune Diseases?

The human immune system functions as a protective system for the body against diseases, especially bacterial and viral infections. The immune system identifies the pathogens (disease-causing agents) and kills them by releasing specialized cells.

In Autoimmune disease, the immune system confuses the normal body cells as a pathogen or a foreign agent and starts attacking them. Some common examples of autoimmune diseases include:

What is a DNA Autoimmune Test?

DNA Autoimmune Test is one of the most advanced DNA Tests for Autoimmune Diseases and is now available in India at DNA Forensics Laboratory Pvt. Ltd. This test tells about your risk of getting an autoimmune disease and helps you avoid them or prepare for their management.

Genes are the fundamental unit of heredity, affecting person’s genetic makeup, thus the physical and mental characteristics. Genes are also responsible for your health. A genetic mutation (a permanent change in the gene) can expose you to the risk of certain diseases. Some of the most common diseases caused by genetic mutations are Autoimmune diseases.

The good news is that, at DNA Forensics Laboratory Pvt. Ltd., we are now providing highly accurate and reliable DNA Autoimmune Test in India at a reasonable price.

What do you get in the DNA Autoimmune Test?

The test report gives you and your doctor insight into avoiding or managing an autoimmune disease. DNA Autoimmune Test provides a comprehensive test report for the following Autoimmune Diseases:

DNA Autoimmune Test is one of the greatest products of genomics-based DNA Testing technology and is among the most advanced and highly dependable DNA Tests for Autoimmune Diseases. It can help your doctor to anticipate the risk of a specific autoimmune disease and plan accordingly to tackle it successfully.

The contents of this website are for informational purposes. Go to our disclaimer page.

Order our Sample Collection Kit online or via a telephonic call. You will receive the kit at your address via a fast courier service.

Once you have received the kit, please fill the form included, follow the steps to collect the DNA sample, pack it, and send the kit back to us.

Once we receive your kit at our testing facility, a team of experts run the test using modern & state-of-the-art technology and generate your test report after careful analysis.

A Soft Copy of your test report is sent to your registered email ID. You can also opt for a physical print of your Genetic DNA Test Report.

Why DNA Forensics Laboratory is the Best? 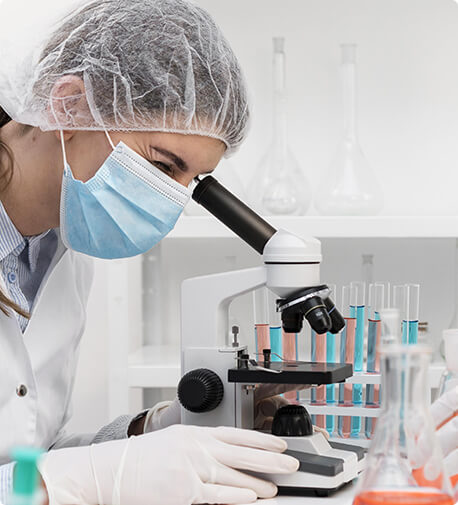 DNA Forensics Laboratory Pvt. Ltd. has been one of the most trusted DNA testing companies in India for various genetic testing services. We are offering the DNA Autoimmune Test – one of the most advanced DNA Tests for Autoimmune Diseases, in India at affordable prices.

Highly qualified and experienced professionals, hundreds of collection centers across India, a state-of-the-art testing facility, and a dedicated customer support team make us one of the best for DNA Autoimmune Test in India. 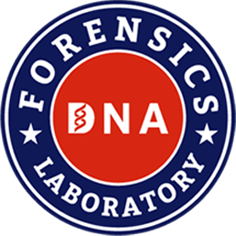 Have any questions? Ask Directly to Our Expert!

Please fill in the given below form and our executive will contact you.

What Clients Say About Us!

My mother suffered from hypothyroidism, which was due to an autoimmune disease. Her doctor told us that I may also be at the risk of getting this disease. I consulted with DNA Forensics Laboratory Pvt. Ltd. and got a DNA Autoimmune Test. My test report suggests that I am at the risk of getting Hashimoto’s Thyroiditis and ultimately hypothyroidism. After checking my report, the doctor suggested me to get a customized diet plan and also keep my weight in control. This test is very effective and I highly recommend it.

I had constipation problem since my childhood. Medicines only worked for the first few days. My father got me a DNA Autoimmune Test to see if I am at the risk of getting IBS or Crohn’s disease. Surprisingly, he was right. Since my father is suffering from IBS problems, he already had a doubt that I may be genetically susceptible to the disease. Now, this test report helped my doctor choose the best medicine and diet for me. I am following the same for the past few weeks and already feeling better. Thanks to my father and DNA Forensics Laboratory.

Best Genetic Test for Autoimmune Diseases. In my family there are two autoimmune disease patients. So I got this test, to check if I have a risk. According to my test report, I am prone to psoriasis. I am surprised how your genes can cause you such diseases. Fortunately, we have genetic tests for these autoimmune diseases, which can predict the risk of the disease much early so that we can be prepared in advance and can avoid the disease in the first place. A great product by DNA Forensics Laboratory.

My grandparents are arthritic and now my dad is also diagnosed with the same problem. I got a DNA test to check if I am at risk of this disease or not. Unfortunately I am, but fortunately, the DNA Autoimmune Test report helped my doctor to point out things that I should or should not do to keep my bones and joints healthy and free from arthritis. My doctor suggested to me the diet which I should take. Thanks to the DNA Forensics Laboratory, my future is secure now.