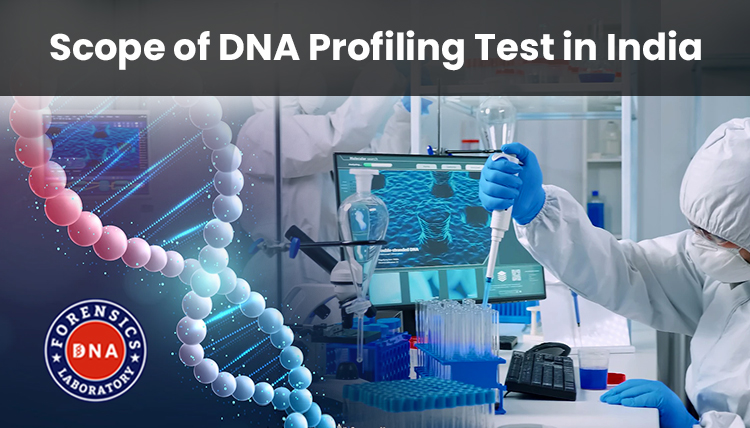 DNA stands for Deoxyribonucleic acid. It encodes genetic information necessary for organisms’ development and functioning. Among eukaryotes (humans, animals, and plants), DNA is stored in the nucleus and in specific organelles (such as mitochondria and chloroplasts). In contrast, prokaryotes (bacteria) store it in their cytoplasm. Fingerprinting history began with Sir Alec Jeffreys’ discovery of the minisatellite DNA in 1984. Every human’s genetic makeup can be traced through this double helix model and can be used to determine their ethnicity and ancestry. While DNA has many real-world applications, a striking area of importance is its usefulness for an individual’s profiling/identification. The process involved is known as DNA fingerprinting or DNA profiling. DNA profiling or fingerprinting is a technique used to collect people’s genetic information for parentage testing, criminal or forensic investigations.

How does DNA profiling work? Our chromosomes contain repeating sequences that function as genetic markers. The number of repetitions and positions differs from person to person at each marker. This is so because we inherit half of the DNA from the mother and another from the father. To perform DNA profiling/fingerprint, researchers need a biological sample. It can be a buccal swab, hair, saliva, blood sample, or other available tissue.

There are several methods for DNA Profiling tests, which are:

Listed below are some of the applications of DNA Profiling in India:

The use of DNA profiling tests is currently limited. It is often due to limited knowledge among the common people. Moreover, DNA testing for different purposes often requires a reference sample, for example, in the case of forensic investigations. This often makes identifying the suspect harder.

The scope of the DNA Profiling test, however, is great. Technological advancements have made whole genome sequencing possible. Furthermore, the Indian government is proceeding towards compiling a DNA database for the country, which will help, the police, other law enforcement, and investigative agencies greatly. Once this happens, finding out the convict will be far easier.

Another potential and increasingly popular application of DNA testing is the prediction of genetic and other diseases in a person. DNA profiling test finds its application in:

DNA Forensics Laboratory Pvt. Ltd. is among India’s leading companies for accurate and reliable DNA Profiling Tests at competitive prices. With an excellent track record of providing accredited DNA testing services & thousands of satisfied customers, we are the most trusted DNA testing labs for DNA Profiling.

Other key factors that make us desirable in the field are: