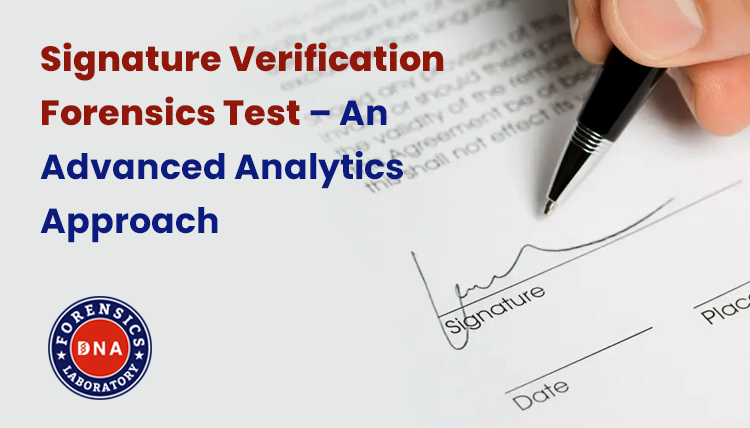 Writing is a conscious act. However, the actual production of each letter and word becomes practically automatic through frequent use and exposure. A skilled writer focuses most of the attention on the subject matter rather than the writing process. As a result of this patterning, writing becomes an extension of a person’s personality and mannerisms, just as a signature does. Although handwriting and signatures are unique, they can be forged. Hence, identifying the authenticity of the signatures is of utmost importance. This is where the signature verification tests become essential. A signature verification test is a biometric process used to verify writing features like writing movement, stroke, pressure & the type of writing instruments (pen or pencil) and substrate (ink) used.

Biometrics is measurable human traits, behaviors, or characteristics that can be used to verify an individual’s identity. Today, biometric authentications are growing in popularity for enterprises because it effectively controls access to sensitive information, devices, or locations. There are two types of biometrics:

Among the others, a handwritten signature is one of the most widespread means of personal authentication. Signatures are unique patterns generated by the brain of the signer and executed by their body (arm, hand) using appropriate writing devices (pen or pencil). 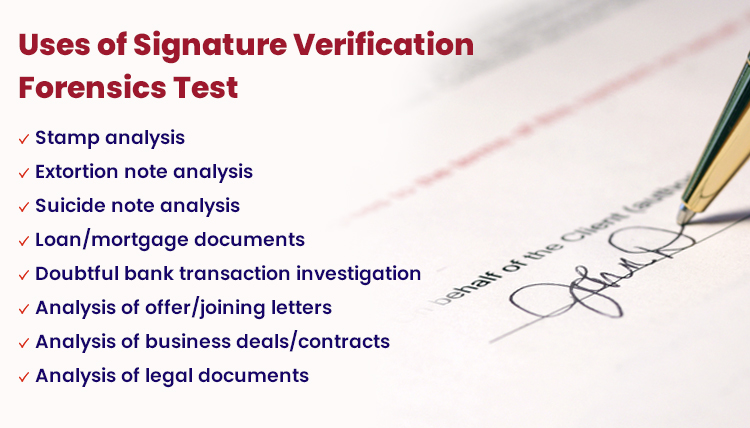 A signature verification test can be a lifesaver for the following cases:

Characteristics of Handwriting and Signature Forgeries

The handwriting and signature verification identification can be categorized into 2 types:

Individual Characteristics – They are variations from the learned writing system and, as a result, are powerful distinguishing features when comparing the samples.

Class Characteristics – In this, certain movements are being revealed through the handwriting and signature verification process:

How can DNA Forensics Laboratory Help You with Handwriting and Signature Verification Forensics Test?

DNA Forensics Laboratory is among the best Indian companies to provide 100% accurate, conclusive, signature verification tests at competitive prices. In addition, we are the only company/lab that offers legal DNA testing and peace of mind DNA tests in India.

With the advent of technology, forgers can now create virtually identical signatures, increasing signature forgeries and fraud. During such times, protecting your intellectual rights, power, and position is essential, and a signature verification forensic test is one way to do so. Our system is robust and can detect random, simple, and skilled forgeries.