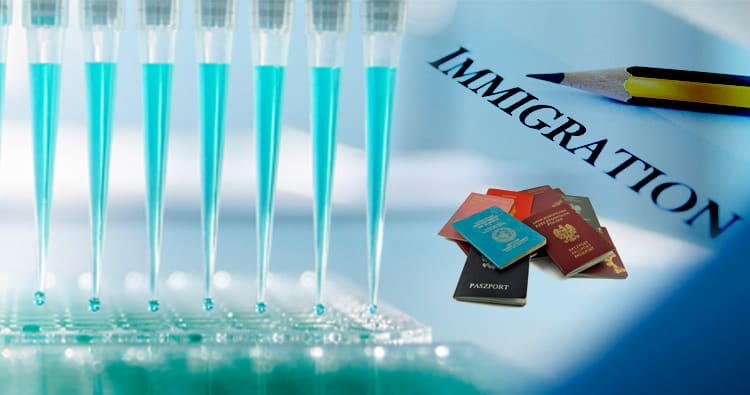 In a family-based immigration petition, the beneficiary needs to submit primary documents to prove a relationship between a beneficiary and petitioner such as school records, birth certificate, and other documents. These documents are used to verify the biological relationships between claimed family. When these documents are missing or insufficient to prove relations, overseas embassies may request to get an immigration DNA test to determine the biological relationship between family members.

The immigration DNA test is carried out through a buccal swab sample of the applicant rather than a blood sample as it is painless, non-invasive, easier to collect and ship. When buccal swabs are taken, cells are collected from the inside mouth or cheek using a long cotton swab. The accuracy of an immigration DNA test result conducted through a cheek swab sample is equivalent to the result received from a blood sample.

An immigration DNA test plays an important role while processing for visa (IV) application. So, it is necessary to conduct in a well-reputed and authorized laboratory. DFL is providing accurate and reliable immigration DNA test results and these results are validated Worldwide by all Immigration Agencies such as USA, UK, European Union, Australia, Portugal, Arabian countries and rest of the world.